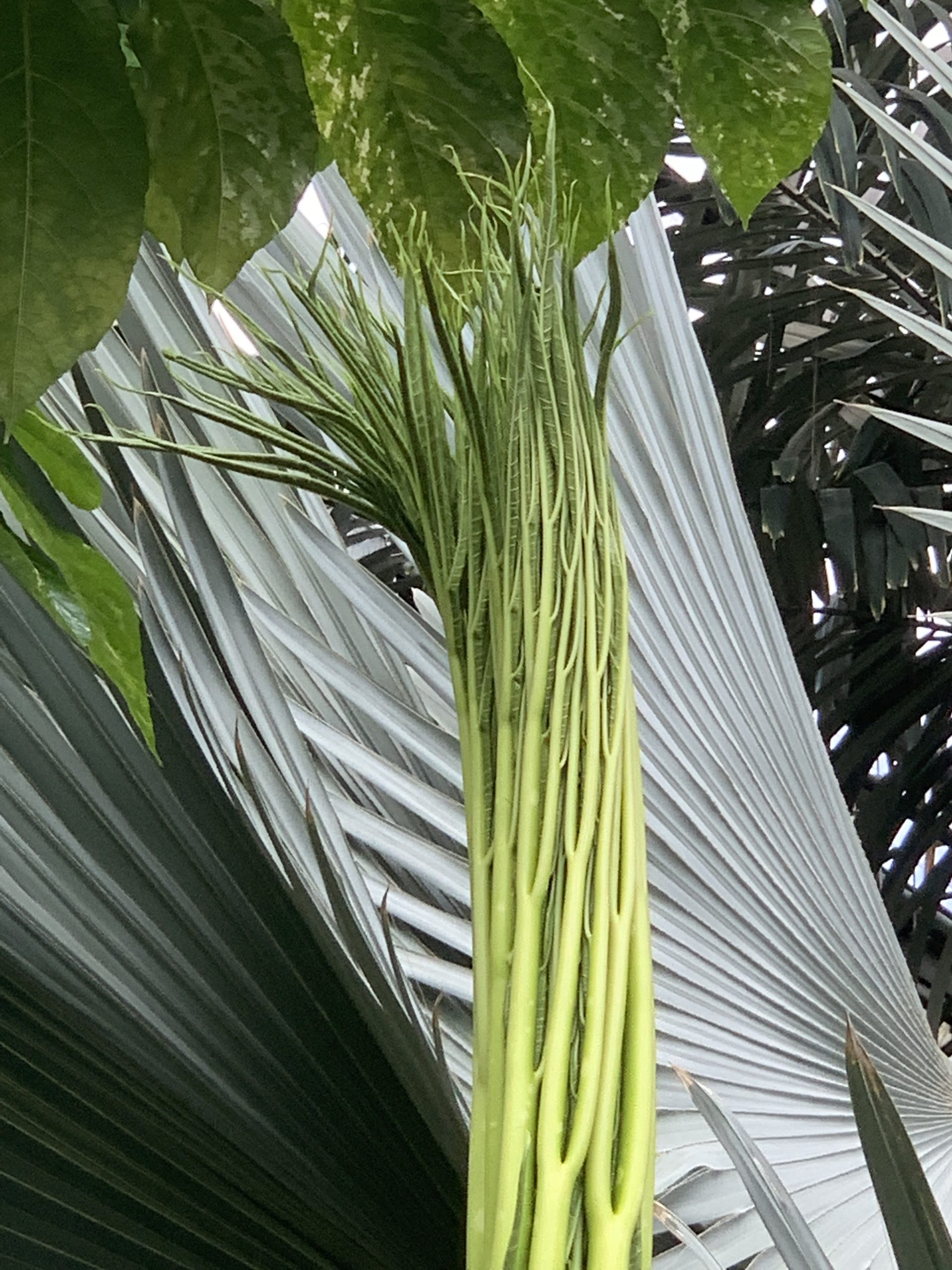 The Corpse Flower (Amorphophallus titanium) draws large crowds and media coverage, and its blooming is one of the most exciting and anticipated events at the Lincoln Park Conservatory.

The scientific name translates literally to giant, misshapen phallus. In its native Sumatra, it is termed ‘Bunga Bangkai’, ‘Bunga’ meaning flower and ‘Bangkai’ translated to corpse. This common name refers, of course, to the odor of rotting flesh for which the bloom is well-known.

The Corpse Flower has two distinct life stages, a leaf stage and a more rare and unpredictable flowering stage. The Conservatory’s plant is currently in its leaf stage, so it is not expected to bloom anytime in the near future. In the leaf stage, a single leaf shoots up from the corm and grows to the size of a small tree. The leaf can last for a year or more before going dormant again. After a period of dormancy a new cycle begins resulting in either another leaf, or a spectacular flower.

The Corpse Flower in the Conservatory has grown tremendously in the past month: 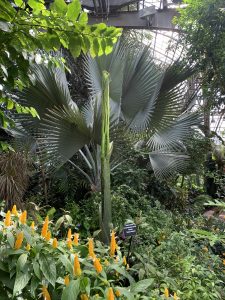 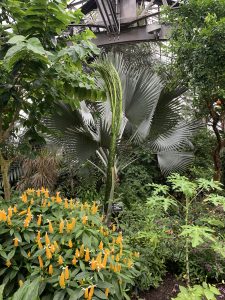 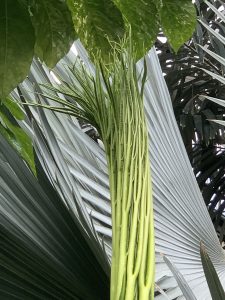 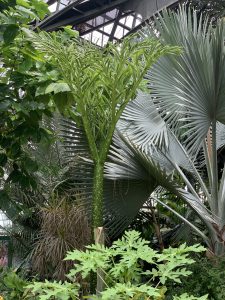 Corpse Flowers, also know as voodoo lilies, can take from 7 to 10 years to bloom for the first time, though subsequent blooms can be more frequent. The plant needs to store a significant amount of energy in its corm (a bulb-like tuber at the base of the plant, similar to that found in crocuses and similar) in order to produce a bloom. The flower, or inflorescence, includes the spadix, the central phallus-like structure and a covering called the spathe. The Corpse Flower is the largest unbranched inflorescence in the world. The bloom can heat up to 98 degrees Fahrenheit, has a dark burgundy color and smells of rotting meat. This is all done to attract and fool insects that typically feed on dead flesh, as they will help to spread its pollen. The bloom will typically open and die off in a matter of 1 to 2 days. 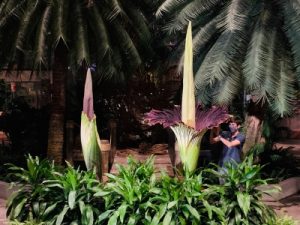 The Corpse Flower is endemic only to the equatorial rainforests of Western Sumatra. It is listed as endangered by the International Union for the Conservation of Nature (IUCN) with fewer than 1,000 of these plants existing in the wild. Rapid deforestation due to logging for palm plantations is the major threat to the Corpse Flower’s survival. Although it is cultivated in botanical gardens across the globe, very little is known of its natural history.

On your next visit to the Lincoln Park Conservatory, look for  the Corpse Flower on the west side of the Palm Room.