‘Nature Surprises You’: How North Pond Inspired “The Green Heron” 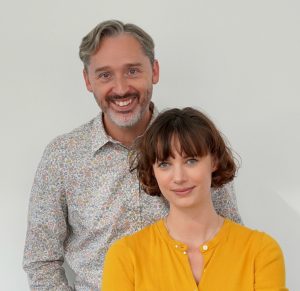 by Shawn Pfautsch and Jessica Ridenour

When Chicago Children’s Theatre asked us to write a nature story about Chicago, the first place we thought of was North Pond. Shawn has birded there for 20 years, in fact it was one of the first places he birded when he moved to Chicago. Over the years, we’ve run into all sizes and shapes of birds, muskrats, turtles, butterflies and plants there.  In fact, having a surprising encounter with nature at North Pond is as easy as taking your ear buds out and waiting a few moments.

After the stay-at-home order was lifted last year, it was one of the first places Shawn went to outside of our apartment. During that trip to North Pond in May, he heard a large bird fly overhead and when he looked up, he realized he was standing directly beneath a pair of Green Herons in their nest. They saw him and froze, a skill that typically makes them hard to see. He backed away, took a few quick photos, and went on his way to give them some privacy.

Flash forward to August, when we were invited to join some friends for a walk around North Pond. One of our friends, the mother of an energetic eighteen-month-old, was regularly travelling to the park to watch the ducks from afar and generally burn off some energy. We ran around a bit on the lawn and began a leisurely, socially distant stroll.  After we walked over the bridge by the nature museum, our friend glanced toward the pond and suddenly said a string of words that her son is thankfully too young to repeat. Staring back at her from the branches of a small tree, mere feet from her face, was a gangly young Green Heron.  It was easily as scared of her as she was of it. She and the bird stood frozen with mutual fear while we explained that the bird was just a baby, probably from the nest Shawn had seen a few months prior.

When Jaqcui Russell from Chicago Children’s Theatre called just a few days later and asked if we had any stories that we’d like to tell about a neighborhood park in Chicago, we thought of that little heron.  We thought about how hard it was to make it all that way from its nest up by the restaurant to that tree near Fullerton.  We thought about how much scarier the world had become every time we left our nest in Belmont Gardens. Then, we put all those fears (and also our hopes) into The Green Heron: or, Should I be Scared?.

The chain of events that brought us to writing The Green Heron shows why North Pond is such a special place. A birder stumbles upon a secretive heron in the middle of the city. A parent enjoys the open spaces and accessible nature with their young child. Friends meet up for a scenic and peaceful walk. Nature surprises you.