21 May Alfred Caldwell: A Brief History

On May 26th of this year, Alfred Caldwell would have been 118 years old. In honor of his birthday and the 20th anniversary year of the Conservancy and Park District’s Lily Pool restoration, we’re highlighting some of the interesting stories about the man who designed the Lily Pool. 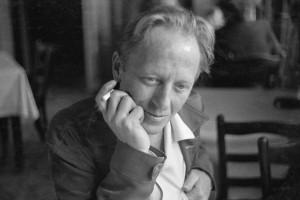 Caldwell had a long and varied career primarily focused on landscape architecture, but which also included stints as a city planner, civil engineer, professor, and author.

Caldwell’s love of nature was influenced by his experience with his Lakeview High School biology teacher, naturalist Dr. Hermann Silas Pepoon. He then worked under renowned landscape architect Jens Jensen, whose style had a lifelong impact on Caldwell’s designs. From Pepoon he learned the value and history of native plants. From Jensen, he learned the properties of Prairie Style landscaping, including playing with areas of light and shade, visual interest through the season, and emphasizing plants that attracted birds. Caldwell was also inspired by Frank Lloyd Wright, whose influence can clearly be seen in the design of the Pavilions by the shore of the Lily Pool. 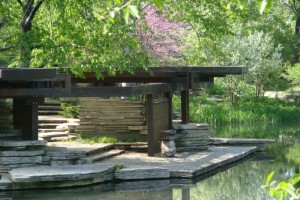 Caldwell was so committed to the Lily Pool project that he cashed in his life insurance to pay for the site’s native plants. While planting those plants, he met three other men who would have a profound influence on his life: Ludwig Mies van der Rohe, Ludwig Hilberseimer and Walter Peterhans. Through them Caldwell began teaching at the Illinois Institute of Technology, inspiring a new generation of Chicago architects. An outspoken critic of urban sprawl and advocate for conservation, Caldwell headed the special projects office at the Chicago Department of City Planning for Mayor Richard Daley, where he worked to promote green spaces in the city. In the late 1960s Caldwell left the Midwest and settled in Southern California.  He eventually returned to Chicago and IIT, where he taught until his death in 1998. 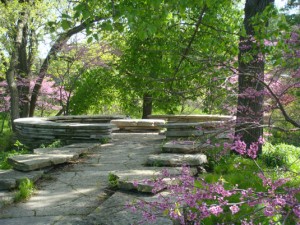 While the most fully realized of Caldwell’s designs is the Lily Pool in Lincoln Park, Caldwell also contributed to a number of public and private landscapes including Lincoln and Jackson Parks in Chicago, the Lake Point Towers in Chicago, Harley Clarke house in Evanston, and the Harold Florsheim house in Ravinia. A little farther afield, his design for Eagle Point Park in Dubuque, Iowa and Lafayette Park in Detroit, Michigan were significant Midwestern projects.

Stay tuned throughout the summer for more stories, tours, and features to celebrate the 20th anniversary of the Lily Pool’s restoration!